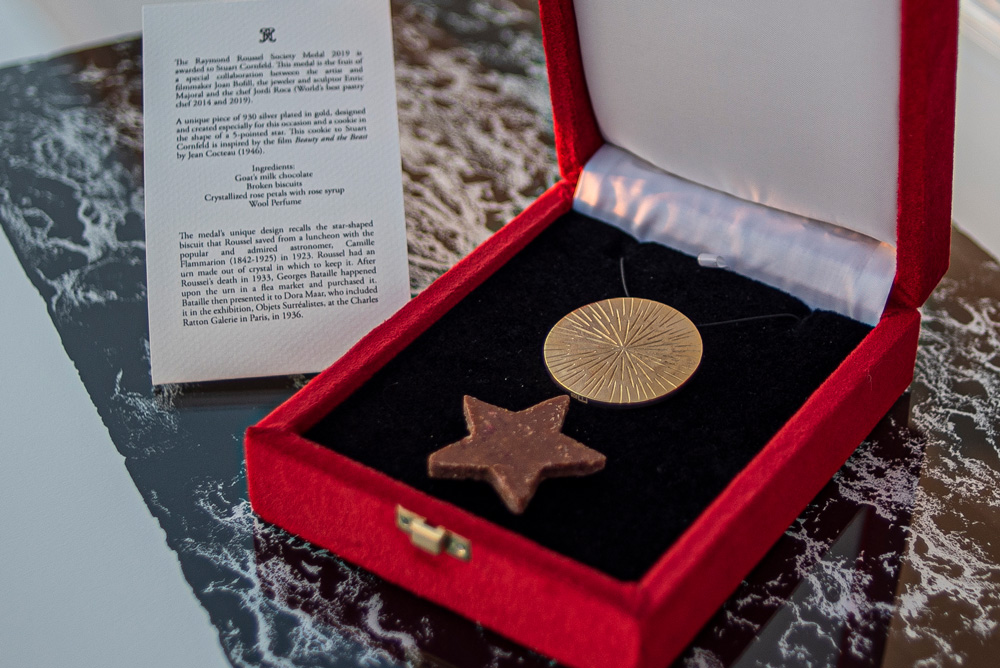 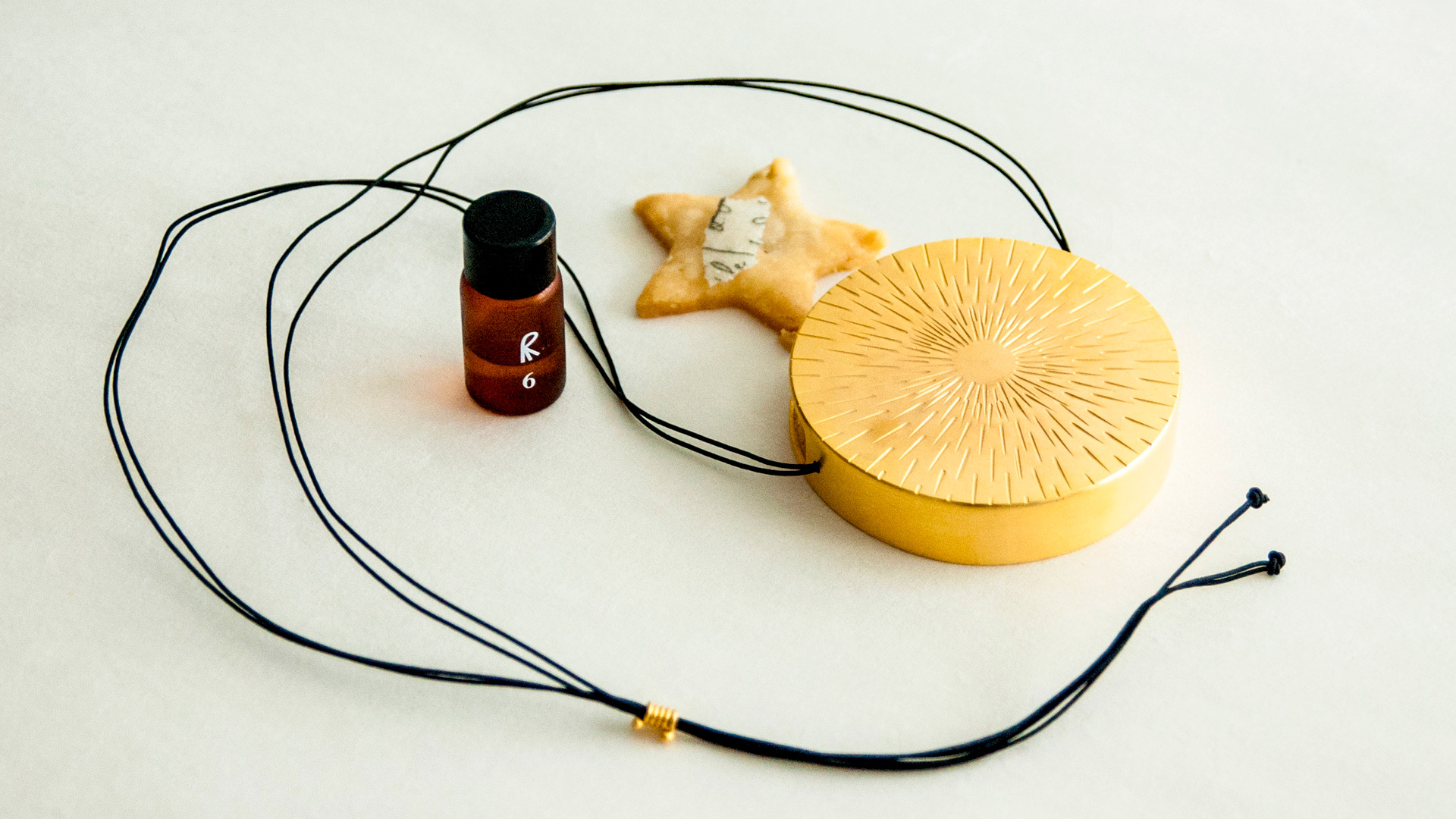 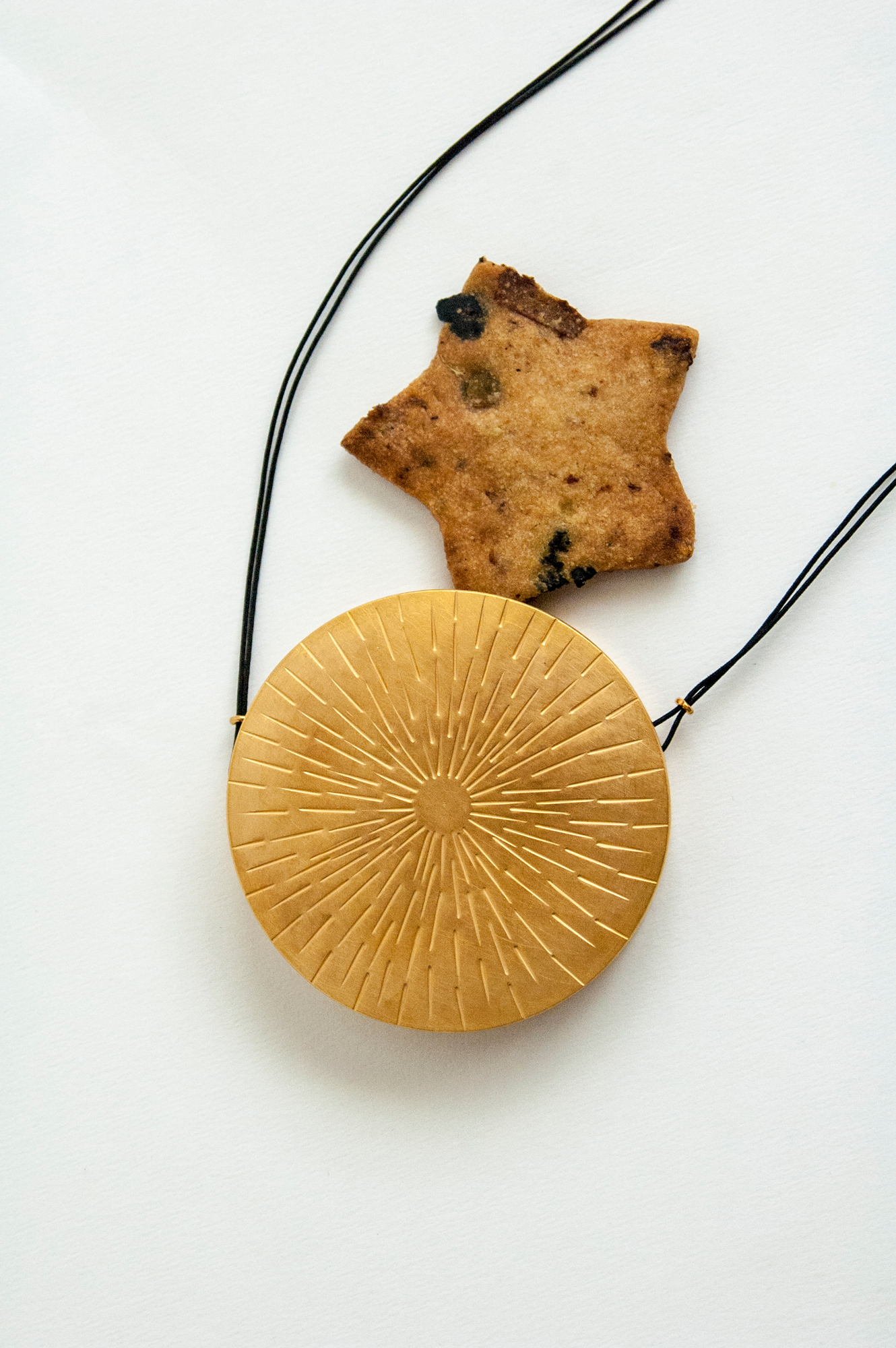 Unique piece of 930 silver plated in gold. Its interior is holds a cookie in the shape of a 5-pointed star.

The medal of honor was the fruit of a special collaboration between the artist and filmmaker Joan Bofill, the jeweler and sculptor Enric Majoral and the noted pastry chef Jordi Roca (Celler de Can Roca).

The medal’s unique design recalls the star-shaped biscuit that Roussel saved from a luncheon with the popular and admired astronomer, Camille Flammarion (1842-1925) in 1923. Roussel had an urn made out of crystal in which to keep it. After Roussel’s death in 1933, Georges Bataille happened upon the urn in a flea market and purchased it. Bataille then presented it to Dora Maar, who included it in the exhibition, Objets Surréalistes, at the Charles Ratton Galerie in Paris, in 1936. 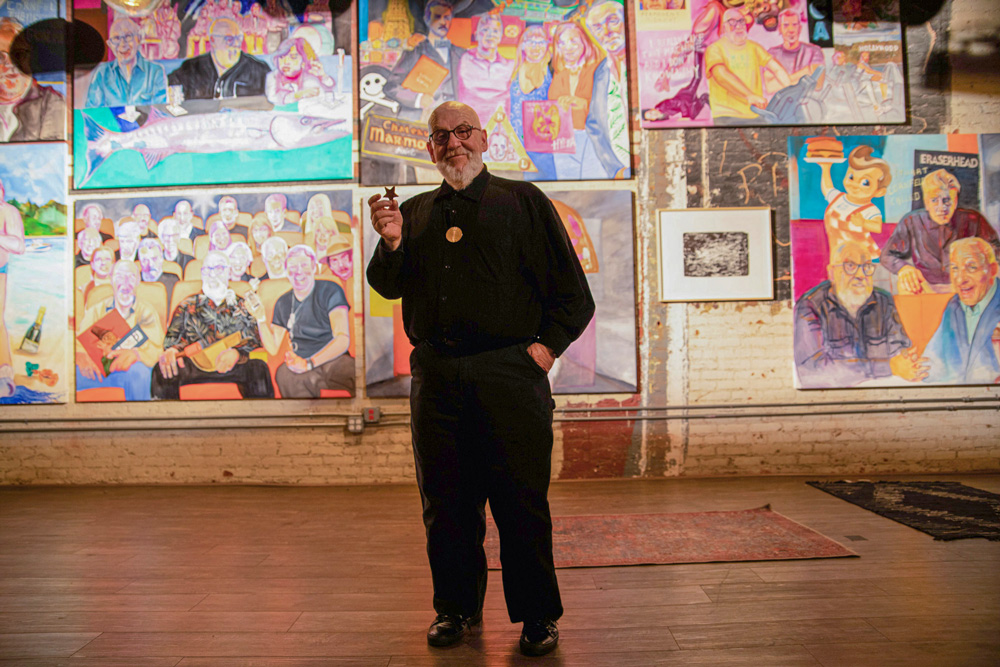 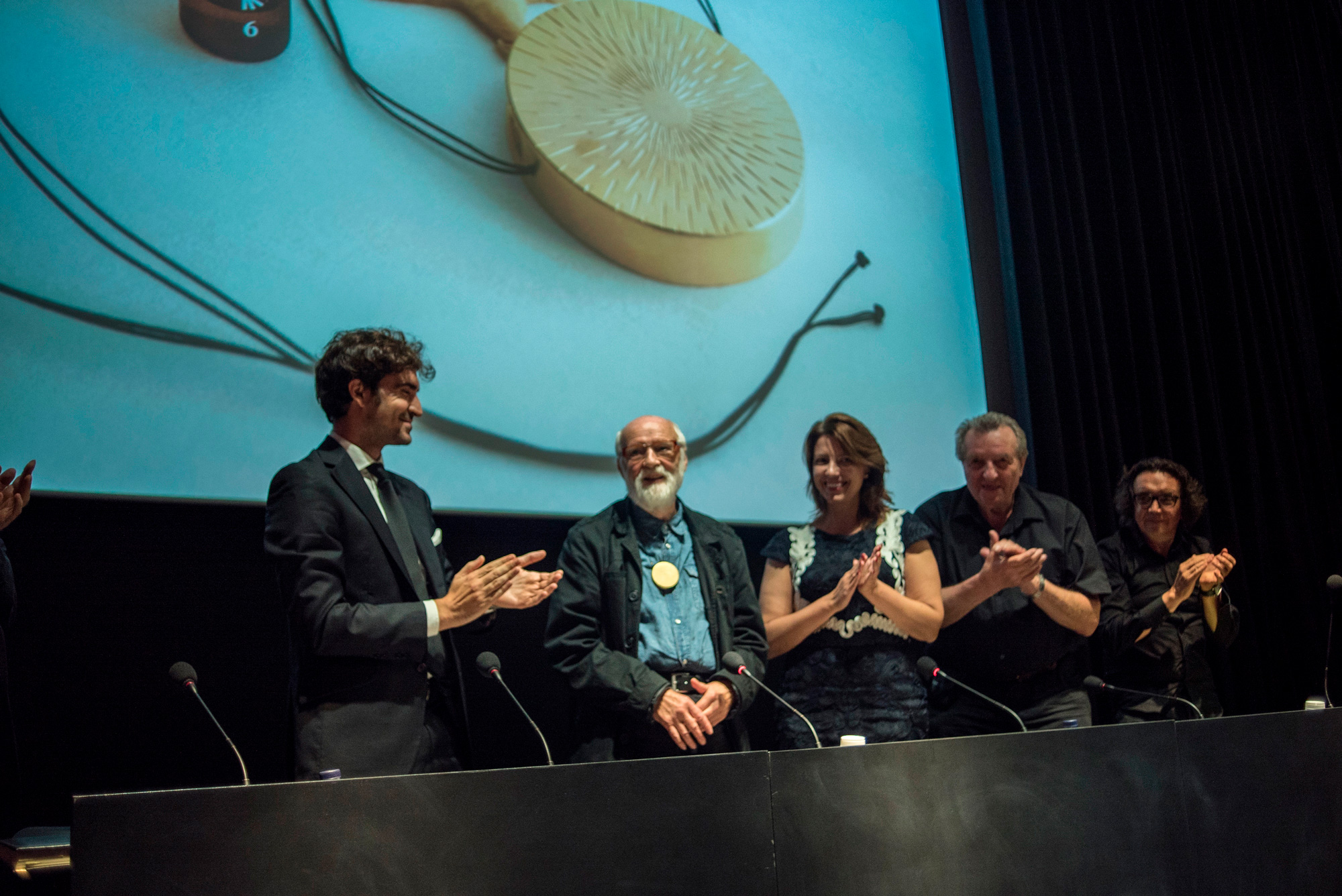 Its such an honor to be the recipient of the first Raymond Roussel Society medal.

When I began to do research on Roussel in the 1950s, he was barely taken seriously, even in France. Paule Thévenin, the “muse” of Antonin Artaud, once referred to me as ce fou d’Américain qui s’intéresse à Raymond Roussel. And this would have been the prevailing view at the time. The lack of interest was, at times, helpful, and enabled me to make discoveries, such as the unpublished story “A la Havane,” the introductory chapter to his final unfinished work, Documents pour servir de canevas. The distance between now and then can be succinctly indicated by the superb new film, “Le jour de gloire”, which belatedly restores Roussel to the sense of “glory” he experienced as a young writer.

I regret very much that my health doesn’t permit me to accept the medal in person, but I’m glad that my dear friend and fellow Rousselâtre, Trevor Winkfield, could accept it on my behalf. Thank you all very much for being here this evening.